How is Gum Disease in Weatherford Connected to Alzheimer’s? 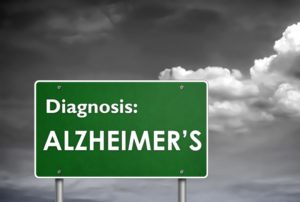 June is Alzheimer’s and Brain Awareness Month; would you be surprised to learn that your dentist is celebrating? You may not think that the state of your mouth has anything to do with the state of your brain, but multiple studies have found that oral health can be linked to overall health in various ways. In particular, gum disease in Weatherford seems to have a correlation to changes in the brain; here’s what you need to know about this surprising connection.

Alzheimer’s is the most common form of dementia, accounting for 60% to 80% of all cases. It destroys the neurons involved in memory tasks, and later on it affects the areas in the cerebral cortex responsible for language and reasoning. Eventually, an Alzheimer’s patient will no longer be able to function independently.

What is Gum Disease?

Gum disease occurs when the bacteria that cause plaque in the mouth infect the gums. The earliest form is gingivitis, which causes bleeding and swelling; it eventually advances to periodontitis and can ultimately lead to tooth loss.

One study that examined the brain tissues of Alzheimer’s patients found signs of the bacteria involved in gum disease; other researchers have made comparable findings. This can be attributed to the fact that once they’ve infected the gums, bacteria can enter the bloodstream and travel to different parts of the body to cause damage.

It has been theorized that when these bacteria reach the brain, it can trigger an immune response that has the unfortunate side effect of killing neurons, thus causing mental changes.

It’s as of yet uncertain whether gum disease is a direct cause of Alzheimer’s. It’s possible that the memory problems and behavioral changes brought about could lead to a decline in oral hygiene, so an infection in the gums may be a result of the mental deterioration rather than the cause. Right now, research is still being performed.

Can Protecting My Gums Protect My Brain?

There’s no evidence that healthy gums can prevent Alzheimer’s or other forms of dementia. That said, oral bacteria has also been connected to other health conditions such as heart attacks and respiratory infections. It’s therefore in your best interest to prevent gum disease by:

Remember that gum disease is more easily treated while it’s still in the gingivitis stage. If your gums look red and swollen, or if you find blood on your dental floss, it’s likely an early warning sign of an infection, so make an appointment as soon as possible. Who knows? It just might help protect your brain!

At Cosmetic & Family Dentistry of Weatherford, Drs. Deborah Romack and Garrett Mulkey combine their skills and experience to help Texas patients. They provide various preventive and restorative dental services such as scaling and root planing to treat gum disease. To schedule an appointment, visit their website or call (817) 594-3806.

Comments Off on How is Gum Disease in Weatherford Connected to Alzheimer’s?

Sorry, the comment form is closed at this time.

Review us on Google